The Luma Surveillance system was the perfect solution for a new homeowner that had just moved to Colorado from Illinois. They were surprised at the amount of wildlife they were getting in the backyard.  They had even seen a bear in the backyard, even with all the gates closed.  The homeowner was curious to know how the animals were getting into the backyard..  After walking the home with the owner, we decided on 8 locations to place cameras for security from intruders or vandals; but also to have a chance to capture the wildlife on the property too. We found a great location on a corner of the garage that allowed for 3 mounted cameras.

One of the challenges we found with the surveillance system, was the cameras all had access to the attic except for one. Another challenge was getting all the cameras to connect to the NVR in the basement’s mechanical room. We was able to look at the home and find a way to get a single category 6 cable from the garage attic area to the mechanical room, in the basement. We utilized an 8-port network switch to land the 7 wired cameras from the attic. We placed the switch on a shelf in the garage workbench area, to have access for troubleshooting ease.

One last issue was the backyard camera. One of the more important cameras we wanted on this surveillance system project. While we walked the site, we found an exterior wall that had a network port in the general area, we wanted a camera.  We were able to get the cable extended to the camera location and to the mechanical room. Jennings AV used a full Luma Surveillance system for this project. They were Luma 310 series IP network cameras and a Luma 510 series NVR with 1TB of storage.

The Luma system has an advantage of usually landing each camera on its inputs directly, but in the situation, we ran into at this home the cameras are all on the home network. So, each had to be programmed into the NVR individually through the TCP/IP and UDP stream.  Jennings AV was able to put all this in on the client’s consumer grade network. The current internet signal is a Microwave Point to Point system. The Luma cameras are able to be seen remotely and use the microwave internet because of the way Luma works with the OVRC ecosystem to create a low data usage Luma Link to be abel to view the cameras on your phone.

Jennings AV is in current discussions to upgrade to a full Araknis network and a Control4 system for security, temperature and lighting controls. When looking at adding more and more items to a home’s network it sometimes becomes time to upgrade to ensure all items can work cohesively together and continue to work in the future. 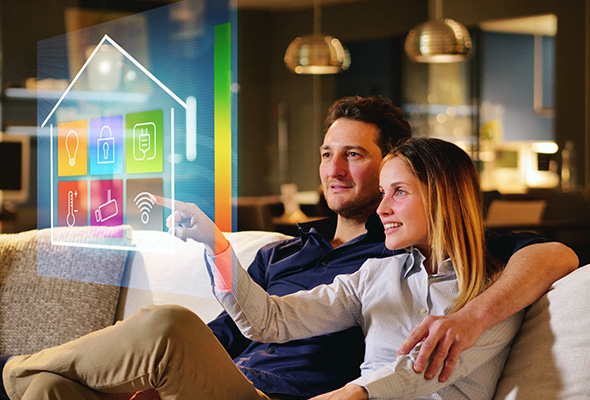 Jennings AV provides custom audio, video, networking, control systems and surveillance system products. We have over 15 years of experience in both residential and commercial systems. Find out more.